“Keeping Up With Technology And Innovation Is Really Beneficial”

For the football and sports community, these times aren’t easy. Social distancing is the norm and team sports all over the world are closed down and government restrictions have made it impossible to play games or train in teams. Highest priority for everybody is of course to stay safe and follow guidelines from health authorities.

Coaching football on a distance
As we’ve described before, Veo’s Copenhagen office is closed down at the moment and has been since the beginning of March. All football clubs’ training activities in Denmark were closed down by the government at roughly the same time.

So how can coaches use their time during the lockdown? I have had a conversation – on distance of course – with Sam Rafique and Kienn Jensen. Both are employees at Veo and, perhaps more relevant for this blog post, both are football coaches in the renowned youth academies of Hellerup Idrætsklub and Lyngby Boldklub respectively. And of course, both use Veo a lot in their work with the young players.

So, how do Sam and Kienn use the time to prepare for the return of football?

“We are already looking forward to when we can play again. It is important to review our matches this season and plan accordingly to next season. We need to be able to see where we were technically, physically and tactically. We need to be able to reach those standards again. For us, studying the older recordings has been specifically helpful. Especially since our players have improved so much from last September till now. We want them to see how far they have come. By comparing games from September and our last match we played before the break, they can see how much they have improved,” says Sam Rafique.

“We communicate with the players almost daily, and some of the players are meeting up themselves doing training sessions, where I am talking to them both before and after to give them some ideas of what to do. I have also been doing some individual coaching with single players. I have been watching a lot of our earlier recordings to prepare for when we are back to normal, and to give myself new ideas. Besides I’ve used recordings to do individual clips, to show and talk to the players about,” says Kienn Jensen

New features on the Veo platform
In the last couple of months, Veo has introduced several new features on the Veo analysis platform. Features like Player profiles, Draw-on-screen and the newest feature Directed highlights have made the time in isolation a little less boring for the coaches.

“I have found the draw on screen feature fantastic. Before I was doing this manually by downloading the videos, clipping them and then using another program to draw lines and boxes. This feature saves so much time and it is really easy to use,” says Sam Rafique.

And his colleague goes on:

“I have used the draw-on-screen which is really cool, and the user directed highlights for my individual clips – they are absolutely amazing! I already spent hours making highlights for players to help them self study when we can’t train together on the pitch,” says Kienn Jensen.

Hopefully, we can soon return to football. But until then, the pause has provided a unique opportunity to get deeply into analysis.

These articles could interest you 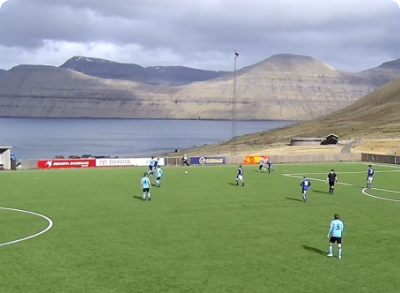 How To Coach Football During A Lockdown 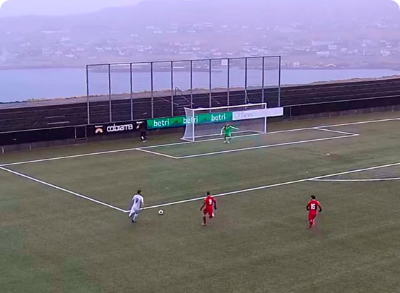 How The Faroese Bale Was Seen By Millions 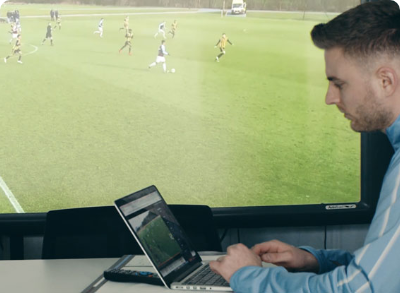 “Keeping Up With Technology And Innovation Is Really Beneficial”

Ready to take
the next step?

Live stream, record and analyse your matches
without the need for a camera operator. 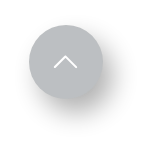 We use cookies on our website to give you the most relevant experience by remembering your preferences and repeat visits. By clicking “Accept All”, you consent to the use of ALL the cookies. However, you may visit "Cookie Settings" to provide a controlled consent.
Cookie SettingsAccept All
Manage consent

This website uses cookies to improve your experience while you navigate through the website. Out of these, the cookies that are categorized as necessary are stored on your browser as they are essential for the working of basic functionalities of the website. We also use third-party cookies that help us analyze and understand how you use this website. These cookies will be stored in your browser only with your consent. You also have the option to opt-out of these cookies. But opting out of some of these cookies may affect your browsing experience.
Necessary Always Enabled
Necessary cookies are absolutely essential for the website to function properly. These cookies ensure basic functionalities and security features of the website, anonymously.
Functional
Functional cookies help to perform certain functionalities like sharing the content of the website on social media platforms, collect feedbacks, and other third-party features.
Performance
Performance cookies are used to understand and analyze the key performance indexes of the website which helps in delivering a better user experience for the visitors.
Analytics
Analytical cookies are used to understand how visitors interact with the website. These cookies help provide information on metrics the number of visitors, bounce rate, traffic source, etc.
Advertisement
Advertisement cookies are used to provide visitors with relevant ads and marketing campaigns. These cookies track visitors across websites and collect information to provide customized ads.
Others
Other uncategorized cookies are those that are being analyzed and have not been classified into a category as yet.
SAVE & ACCEPT
Skip to content